DO YOU STRUGGLE WITH
DEVELOPING AN INDIE SCREENPLAY?

It’s time to get help!

I’m Ty Leisher, a freelance writer for hire that understands filmmaking and story telling on a low-budget basis.

As an independent thriller writer, my writing will help your film shine by:

As a filmmaker and screenwriter from Los Angeles, I have expert knowledge and experience in:

Interested? Visit my Hire Me page to get in touch.

When it came to the most important story I wanted to tell there was not a question in my mind that Ty was the person to help me turn that dream into a reality. He’s one of the most talented writers I’ve had the pleasure of working with, and I’m looking forward to what the future holds working with him. 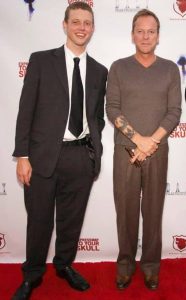 I know how to write content that excites readers. From a press release announcing filming of an independent film, to a screenplay that will dazzle and excite audiences.

I know how to evoke emotions.

Need proof? My films have been featured in:

In addition to my screenwriting and filmmaking work, I serve as executive director of the Sunscreen Film Festival West and understand how film festivals program.

When you hire me, you aren’t just getting another screenwriter. You’re getting:

Let’s collaborate and save you time, money and headaches. Contact me to get started! 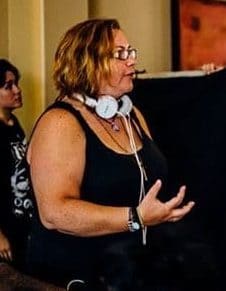 Ty is a talented writer that easily finds your characters voice. He is dedicated to making the script flow and quickly makes changes with the deadline in mind. I highly recommend his can do attitude and abilities to anyone needing a screenplay.

Fast Facts About Me:

Where should I send it?